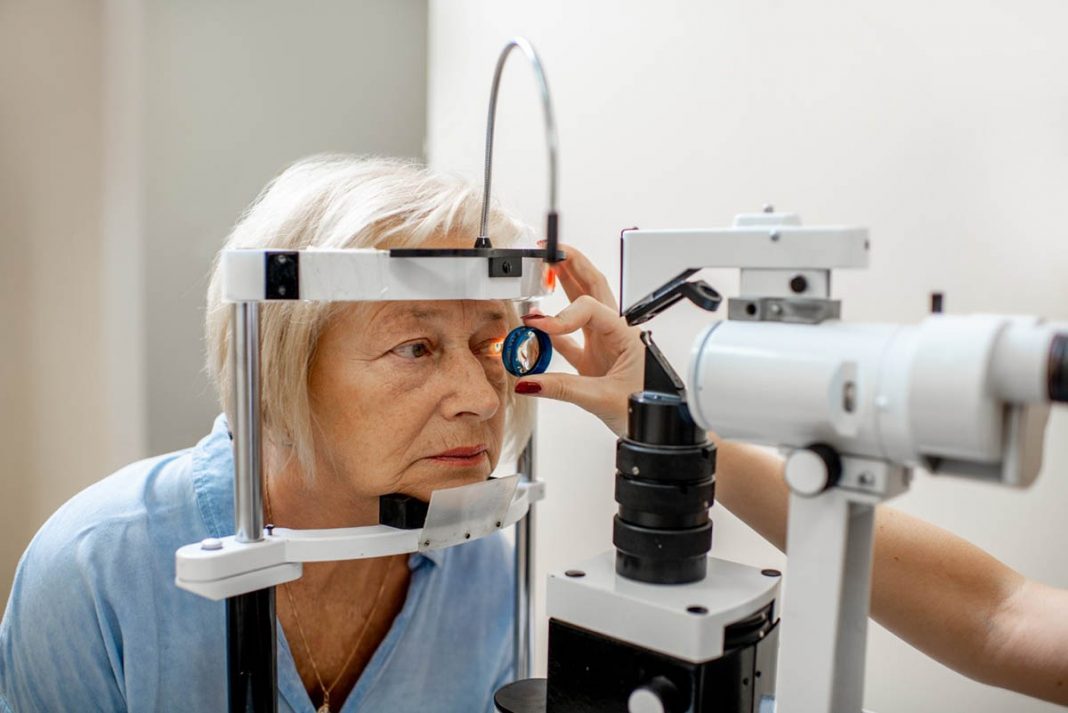 We often associate poor eye health with bad habits, such as watching the television for too long or a high degree of myopia. But did you know that diseases like hypertension and diabetes can affect our eyesight and possibly lead to blindness too? Glaucoma is one such condition and here is a guide on how you can identify the symptoms of glaucoma, whether you’re at risk and in need of glaucoma treatment.

Glaucoma is one of the leading causes of irreversible blindness in the eyes in Singapore. It is a disease characterized by pressure in your eye or progressive damage to the optic nerve, which are made up of the fibers that connect our eyes to our brain. Optic nerve damage leads to eye problems like irreversible loss of our visual field, starting from peripheral field and progressing centrally to cause ‘tunnel-like’ or blurred vision. In severe cases, total vision loss and blindness may occur.

There are many different types of glaucoma with different causative mechanisms. Broadly, the types of glaucoma can be divided into: Open-angle glaucoma and Angle-closure glaucoma. Simply explained, the angle of our eye is the drainage site of the fluid in our eyeball. Any compromise to the drainage system at our angles will lead to a build-up in eye pressure and consequently, glaucoma.

Glaucoma is frequently associated with high pressures in your eye, although it can occur even in people with seemingly normal eye pressures, due to a state of poor oxygen perfusion to their optics. In most early cases, there are no symptoms of high eye pressures; which means most people are unaware that they even have eye problems. That is why it is important to maintain good eye health or to get your eyes checked annually to detect any signs of early glaucoma or damage. This is especially so in people who have risk factors for glaucoma.

Glaucoma could be related to Severe Snoring

Snoring is such a common phenomenon and yet did you know that people with severe snoring could really have obstructive sleep apnea? That means that in your state of deep sleep and muscle relaxation, your airway could get so narrowed that it becomes difficult to get enough air in – this commonly manifests as snoring. A lack of air leads to oxygen deprivation in many organs – hence obstructive sleep apnea is commonly related to early-onset hypertension, heart disease and even stroke.

Most of us are now aware that obstructive sleep apnea results in a state of hypoperfusion (or insufficient oxygen) to our tissues while asleep. However, many of us are NOT aware that such hypoperfusion states in our eye tissues could lead to various eye diseases and even vision loss. There has been increasing evidence that obstructive sleep apnea is associated with glaucoma, ischemic optic neuropathy, central serous chorioretinopathy and other retinal diseases that affect our vision. Since glaucoma is one of the most serious sight-threatening diseases common to our ageing population, let us look at the determinants of glaucoma, how it is related to obstructive sleep apnea and why we should get checked early.

Although complex, we now know that these various factors are responsible for the development of glaucoma in obstructive sleep apnea:

What are the Symptoms of Glaucoma?

Very often, there are little to no glaucoma symptoms. This is because elevated pressure in your eye (more than 21mmHg) is insidious and undetectable by patients. Even vision loss which takes place from peripheral vision goes unnoticed until too late. It is only when eye pressure is extremely high above 35 or visual field is severely narrowed, that patients are alerted of such symptoms. At that stage, glaucoma may be too advanced and visual loss damage may be irreversible for treatment.

How is Glaucoma Detected?

At risk patients should have the following assessed by their eye specialist for potential glaucoma diagnosis:

What is the process of Glaucoma treatment surgery in Singapore?

Treatment of glaucoma is targeted at treating the underlying cause and reducing the eye pressure. It is thought that with a decrease in eye pressure, blood perfusion to the optic nerve can be improved.

When glaucoma cannot be adequately controlled by eye drops, it is then prudent to consider glaucoma laser therapy or glaucoma surgery for better control and treatment of the condition. Laser and surgery are not without risks, hence the decision to proceed should be made after detailed discussion with your eye specialist or doctor.

Since there is no cure for glaucoma and visual loss is irreversible, the importance of early glaucoma detection by a doctor cannot be further emphasized. In fact, it is recommended that patients with obstructive sleep apnea should get screened for glaucoma and other eye diseases by an eye specialist or doctor.

Whatsapp or Text me at +65 9118 0007 for a faster response. Alternatively, you can also submit your enquiry below. 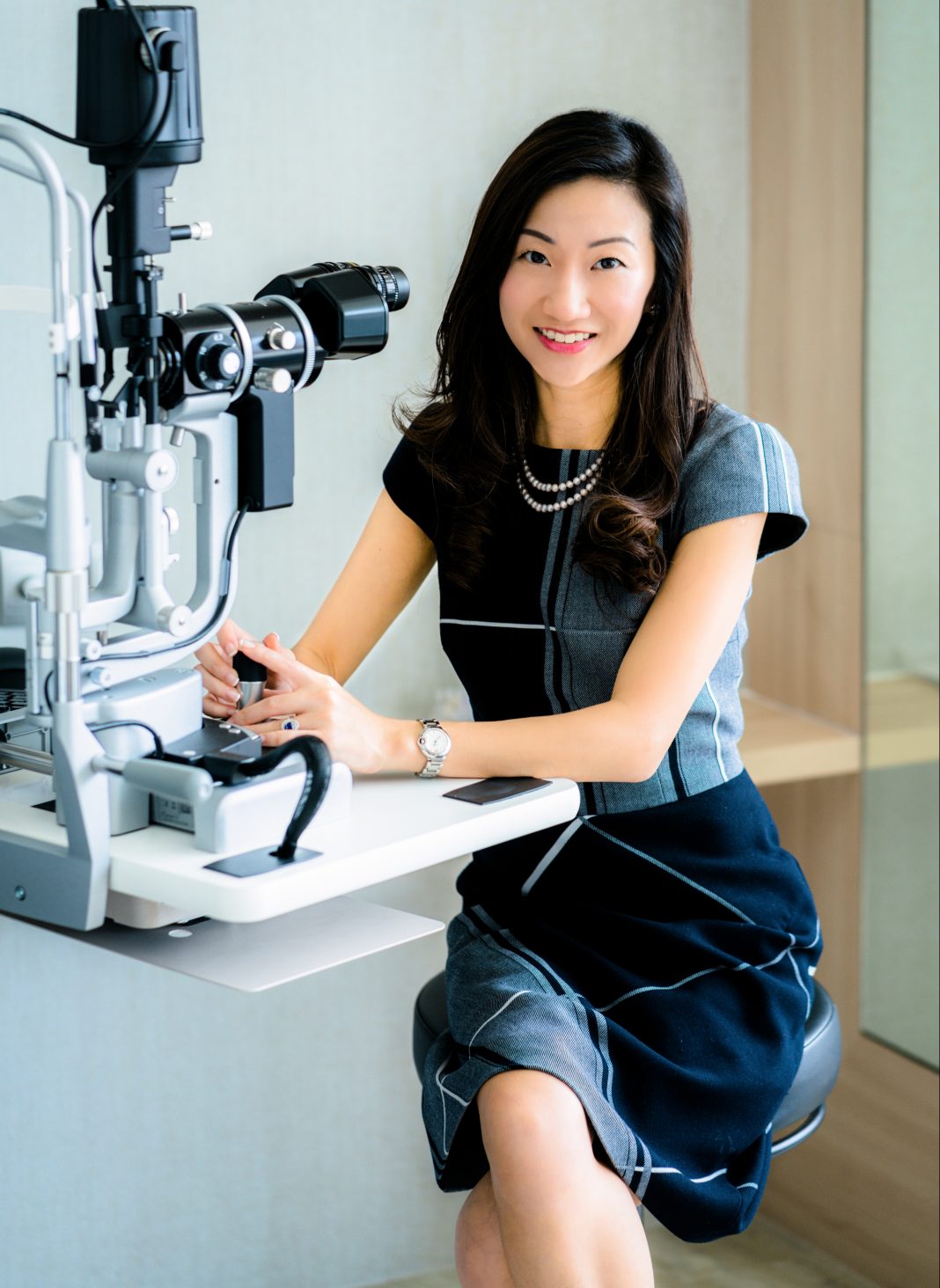 Dr. Pang is an internationally recognised Retinal Eye Surgeon and has been a speaker at many international meetings and authored numerous peer-reviewed articles. She has more than 13 years of ophthalmology experience and has performed thousands of cataract and retinal surgeries. Outside of ophthalmology, Dr. Pang is a mother of 2 children and enjoys an active lifestyle including marathons and pilates. She also enjoys baking in her spare time. Dr. Pang believes firmly in giving back to community even from a young age. She is a strong advocate of family mission trips, where she brings her young children to help underprivileged people in under-developed countries.
Follow on Instagram
© www.drclaudinepang.com.sg 2018 - All rights reserved